Marcus Norris Featured in The Chicago Defender on GLORY, Black Music, and the Chicago Philharmonic Residency 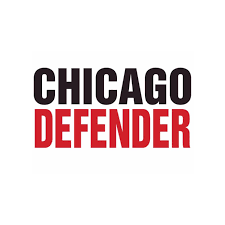 In August, The Chicago Philharmonic Society announced the launch of its 32nd Season with the concert Out of the Silence premiering September 12, 2021, at North Shore Center for the Performing Arts. Out of Silence marks Chicago Philharmonic’s triumphant return to live performances, led by Artistic Director and Principal Conductor Scott Speck, named 2021 Conductor of the Year by the Illinois Council of Orchestras.

Out of the Silence spotlights two pieces from iconic 20th century American composers: one of the most important works in American classical music, Aaron Copland’s Appalachian Spring, and William Grant Still’s meditative Out of the Silence, from which program gets its name. Out of the Silence also features Chicago Philharmonic musician member Sergey Gutorov in Mozart’s Clarinet Concerto in A Major, K. 622. Concluding the program spectacularly is GLORY, performed by young violin virtuoso Njioma Grievous. The violin concerto is composed by Marcus Norris, who was recently selected as one of three winners of Chicago Philharmonic’s first-time Donna Milanovich Composer in Residence program. Marcus Norris is a current UCLA Ph.D. candidate with strong connections to Chicago, having received his Bachelor of Music in Composition at Columbia College Chicago. Norris’ first foray into making music came in the form of producing rap beats on pirated software, installed on a Windows 98 computer that he Macgyvered together from spare parts while lying on the floor of his childhood bedroom. Though he came to composing concert music later, he transferred that same imagination and ingenuity to writing music of all kinds. Norris’s achievements include being awarded the prestigious Cota-Robles fellowship for pursuing his Ph.D. at UCLA, being chosen for the LA Philharmonic’s National Composers Intensive (2020), and winning 1st prize in the Southeastern Composers League Competition (2017). His violin concerto GLORY opened to three sold-out performances when premiered by the Jackson Symphony Orchestra in 2019 and then performed in Guangzhou, China, later that year. His Dance Suite I Tried So Hard for You premiered in Havana in 2018, closely following the Russian String Orchestra premiere of My Idols Are Dead in Moscow. In 2020 he founded South Side Symphony – the only orchestra that would perform Back That Thang Up in the same concert as Beethoven. Marcus has also written original music for No Place to Be Somebody at Waco Theater, where Tina Knowles Lawson and her husband, Richard Lawson, are co-artistic directors.

Chicago Defender: How does it feel to debut “Glory” this season with the Chicago Philharmonic?

Marcus Norris: It’s surreal. It’s a significant opportunity for someone like me. I get to build a relationship with the organization, the musicians, and the leadership. I’m really excited about it.

Chicago Defender: What drew you to composing?

Marcus Norris: I grew up on hip-hop, rap, and R&B. My mom always cleaned the house to Mary J. Blige, so I grew up loving the music.

I didn’t realize I was studying, but I was studying black music very intently in hindsight. When I was a teenager, my uncles taught me about making beats and producing, and I latched on to that. It was like a journal for me. I wasn’t sharing it with anyone; I was just making beats constantly. Then I attended a community college for music recording technology. It was a two-year program for low-income students, and while I was there, I had to take music history and theory. These were things I never had access to growing up, but it clicked for me, and I really latched on to it. It blew my mind the way composers like Bach would think about music. The way you could put all these different voices together to make this big thing. I loved it.

Chicago Defender: What was the inspiration behind “Glory”?

Marcus Norris: Glory was my first orchestral commission, and it premiered in 2019 with the Jackson Symphony orchestra. It was in my hometown, so it felt significant. It meant a lot. It was going to be on the same program as Beethoven’s First Piano Concerto. I started listening to Beethoven and his story and his place in history. I love Beethoven and his music, but we were so different. Our entire culture is different, and the way we experience music is different. I didn’t want to imitate him, but I drew inspiration from the fact that Beethoven was the first composer to express emotion through his music.

It’s similar to an artist like Mary J. Blige. When she drops a song, we can tell if she has been going through it. You feel that emotion. That’s what Beethoven did, but back then, it was a weird concept. He was one of the first who let the feelings come through the music, and I liked drawing inspiration from that. That’s what I did with Glory. That concept is profound to me. The violin in Glory is on a journey. Njioma Grievous is an amazing black violinist who performs the concerto. She takes you on a journey. It’s one of finding triumph through adversity.

Chicago Defender: I think so many will be able to relate to that, especially after the past year and a half. Do you think musicians have become more vulnerable in their art after coming out of this global pandemic?

Marcus Norris: Yes. Music is such a social art. Composition can be isolating because it’s just you and a piano, but the most challenging part of the last year was missing the people. What’s on paper isn’t the music for me. It’s the musicians in a room, thinking and playing this piece together. The paper with the music is just the instructions.

Chicago Defender: You are a graduate of Columbia College. What makes Chicago a unique space for artists and creatives?

Marcus Norris: I love Chicago. I like everything about it. The talent level in Chicago is so high. You have so many people who care about the art, but I also feel like people here are just more creative, and everyone else is playing catch up. Chicago is full of trendsetters.

Chicago Defender: What do you hope audiences take away from Glory?

Marcus Norris: We are real people, living real life with real emotions, struggles, triumphs, loves, insecurities, arrogance, and confidence. We are complicated, but we are human.

Out of Silence debuts September 12, 2021, at the North Shore Center for the Performing Arts. Single tickets ranging from $10-$75 are now available at chicagophilharmonic.org.

Danielle Sanders is a journalist and writer based in Chicago. Find her on social media @DanieSanders20 and @DanieSandersOfficial.